Tonight Jodie attended the Regent Street Christmas Lights switch on in London, I have added images of her attending the event enjoy!

Doctor Who 11×06-The Demons of the Punjab Episode Screencaptures

I’ve added episode screencaptures from this weeks episode of Doctor Who The Demons of the Punjab, enjoy viewing.

Doctor Who 11×06-The Demons of the Punjab Episode Stills

Doctor Who Episode 7 and 8 Details Released

Can you believe we’re half way through the series already. Here’s what you can expect from episode 7 + 8. 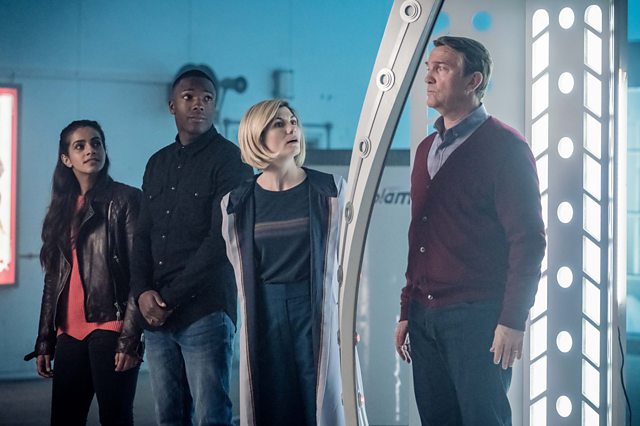 “Delivery for the Doctor!” A mysterious message arrives in a package addressed to the Doctor, leading her, Graham, Yaz and Ryan to investigate the warehouse moon orbiting Kandoka, and the home of the galaxy’s largest retailer: Kerblam! 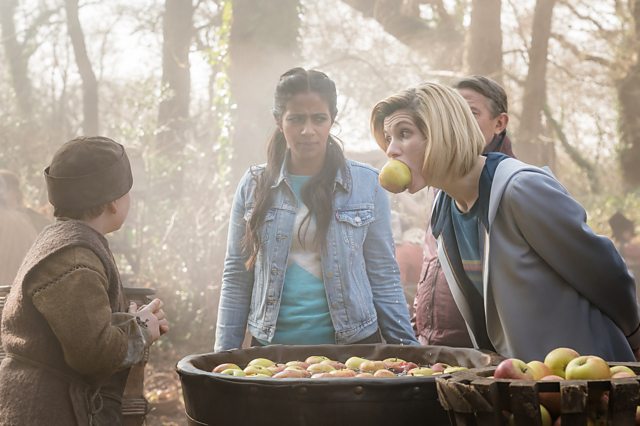 The Doctor, Ryan, Graham and Yaz arrive in 17th century Lancashire and become embroiled in a witch trial, run by the local landowner. As fear stalks the land, the arrival of King James I only serves to intensify the witch hunt. But is there something even more dangerous at work? Can the Doctor and friends keep the people of Bilehurst Cragg safe from all the forces that are massing in the land?

Action and adventure throughout space and time for all the family, starring Jodie Whittaker, Bradley Walsh, Mandip Gill and Tosin Cole on BBC One and BBC iPlayer.

I’ve added screencaptures from this weeks episode of Doctor Who, enjoy viewing.

Doctor Who 11×04-Arachnids in the UK Episode Screencaptures

I’ve added HD screencaptures from this weeks episode of Doctor Who, enjoy viewing them

I’ve added HD screencaptures of this weeks incredible episode of Doctor Who telling the story of Rosa Parks, by far my favorite episode of this season. Enjoy viewing the screencaps.

I’ve added Episode Stills from this weeks episode of Doctor Who “Rosa” which airs at 6:55pm on BBC One. Enjoy.

Doctor Who 11×02-The Ghost Monument Screencaptures

I’ve added HD screencaptures of this weeks episode of Doctor Who “The Ghost Monument” this episode we seen the new theme intro (which I love!) and we got to see the Doctor reuniting with her Tardis, enjoy viewing the caps

Jodie attended a filmmakers dinner this week hosted by The Women of Nancy and Time’s Up, I’ve added images of her attending this event. Enjoy

2018-Doctor Who
The further adventures in time and space of the alien adventurer known as the Doctor, a Time Lord/Lady who can change appearance and gender by regenerating when near death, and his/her human companions.

Jodie Whittaker Fan is a non-profit fansite, 100% unofficial, and has no affiliation with Jodie herself or anyone around her. Please do not send any fanmail to us for they won’t be forwarded to Jodie. All photos are copyright to their respective owners, no copyright infringement is ever intended. Any material seen on this website and is used, to the best of their knowledge, under the “Fair Use” copyright laws.

For optimal viewing: This website is best viewed in a resolution of 1024 or higher, 32 bit color, and in Mozilla Firefox. Javascript, CSS and Tables.

All graphics and original content belong to jodie-whittaker.com All images are copyright to the their respective owners, the webmasters claim no ownership and receive no financial gain for this site. We do not support stalkerazzi of any matter. For more information, please check our disclaimer.

This is an unofficial website!
We have no official affiliation with Jodie Whittaker or her management.